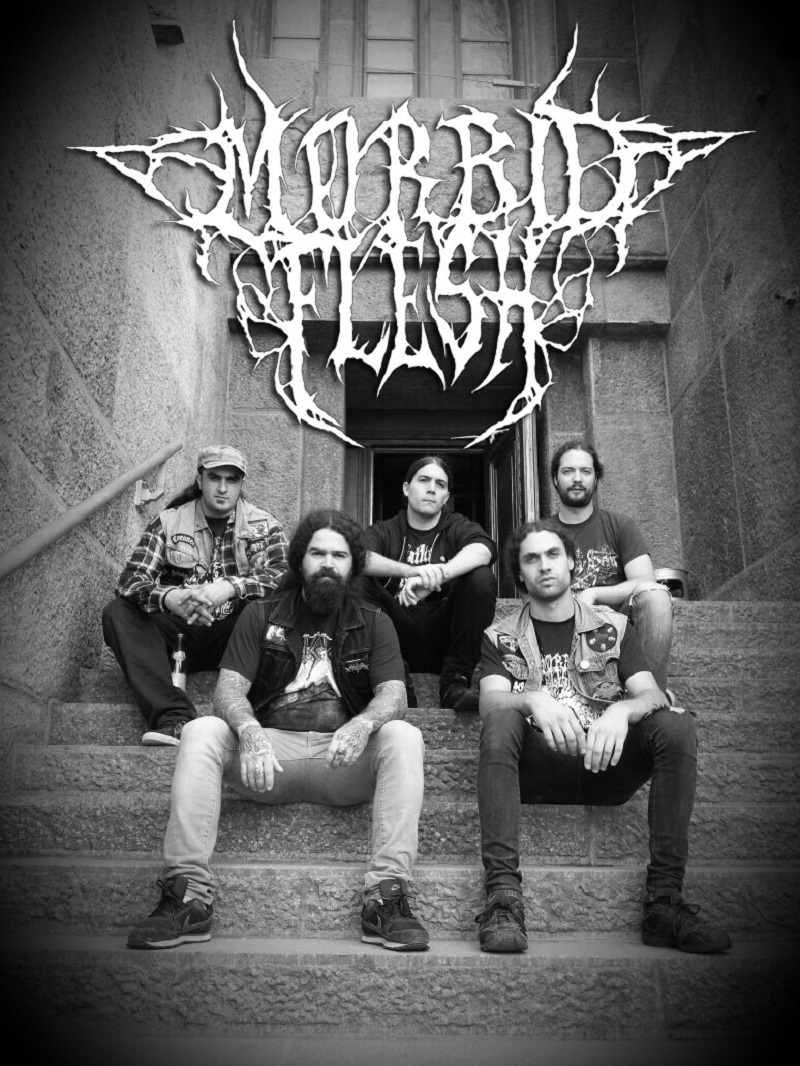 Unholy Prophecies is proud to present MORBID FLESH's highly anticipated second album, „Rites of the Mangled“. Proudly Catalonian, this Barcelona-based band is fitingly named, for they are authentically and unequivocally morbid, old-school DEATH fuckin' METAL. Which is all not that surprising considering MORBID FLESH's membership includes scene veterans who do time in such hordes as INSULTERS, GRAVEYARD, ÓSSERP, CUERNO, TORT and SHEIDIM among others. What results is a mammoth, elephantine bulldozer of disgusting, disease-drenched Death Metal in a most classic Swedish manner.

MORBID FLESH formed in 2007, and delivered the „Dying Lapidation“ demo in 2009. Two years later came their debut album through Memento Mori, „Reborn in Death“. Aptly titled, „Reborn in Death“ proved that the classic Swedeath well had not run dry, and the album went on to be become a cherished record among Death Metal diehards. But in 2014, MORBID FLESH delivered their first strike for Unholy Prophecies, „Embedded in the Ossuary“. A swift-hitting EP draped in appropriately moody cover art, „Embedded in the Ossuary“ showed that the band could take their rottenly unfresh classicisms and dump more darkness and doom upon them.

And that's precisely where „Rites of the Mangled“ comes in. Likewise adorned with classic Death Metal cover art, MORBID FLESH's second album kicks in with no superfluous adornment and proceeds to bury the listener under bones, entrails, and human ash. Its ever-onward crush simply does not relent, and this patient application of tank-tread terror is the key to the record's success: whereas so many Death Metal bands are impatient to go nowhere quickly, MORBID FLESH simply slog forward in a most unselfconscious manner, letting their metric shit-tons of riff bury the listener in righteous oblivion while often dragging the listener down  into the bowels of unforgiving doom. Of course, this monumental crush of „Rites of the Mangled“ is largely thanks to Javi Felez, who recorded, mixed, and mastered the album at his Moontower Studios (GRAVEYARD, CARNAL TOMB, TEITANBLOOD, NOMINON, etc…). Featuring guest appearances by Blasphemic Vomitor from INSULTERS, Xavi of TORT, and Xavier from CRANI SEPTIC/ASTIGARRAGA THROWER/ÓSSERP, „Rites of the Mangled“ is MORBID FLESH's magnum opus!

You can hear "Circle Cursed," the first track to be revealed from the album, at our bandcamp profile or directly here: 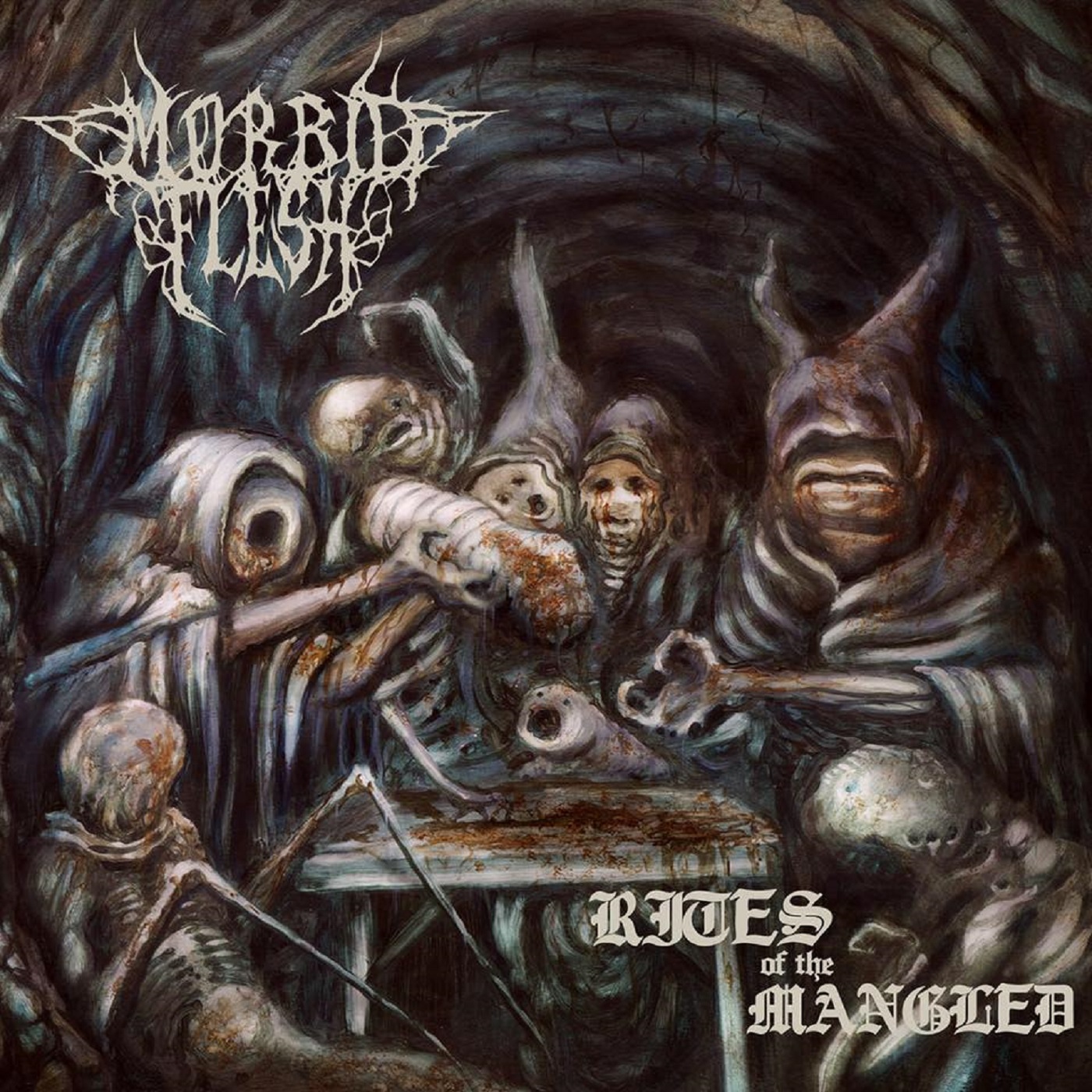 Tracklist of „Rites Of The Mangled“ as follows: